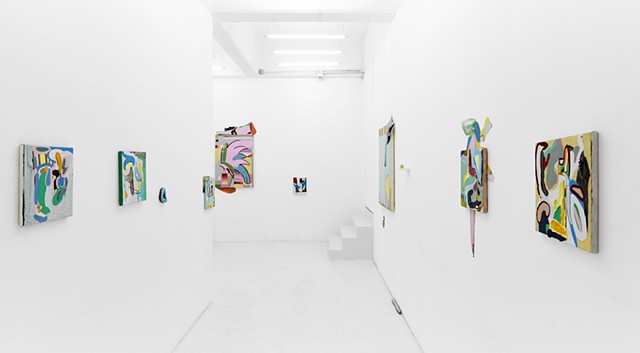 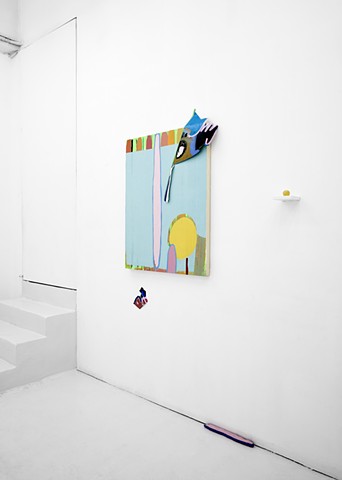 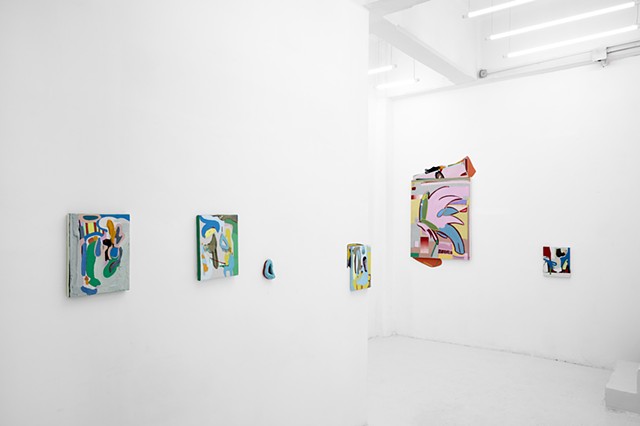 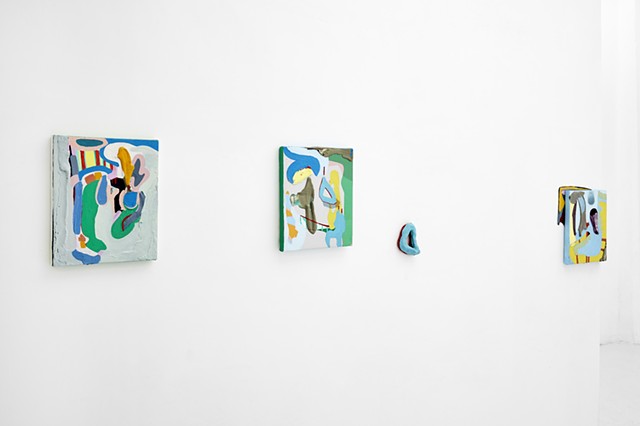 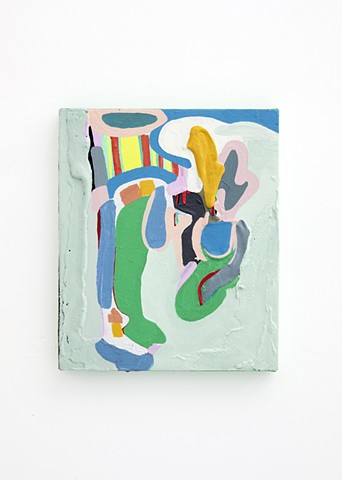 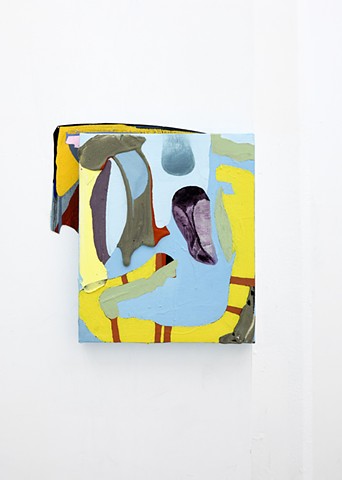 Simply the Outline of a Becoming, 2019
Oil, acrylic and plaster filler on canvas
34 x 32 cm 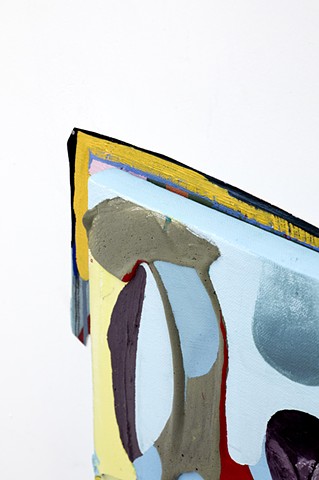 Simply the Outline of a Becoming, 2019
(Detail) 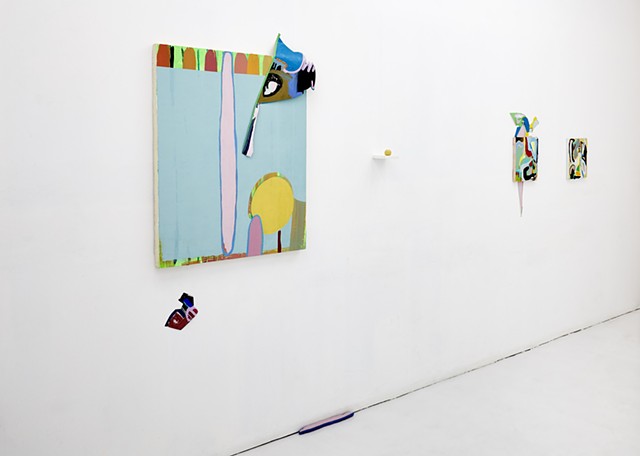 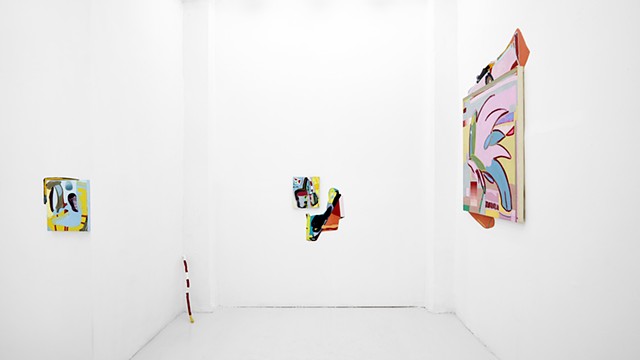 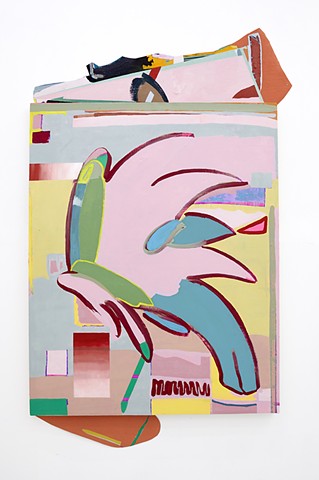 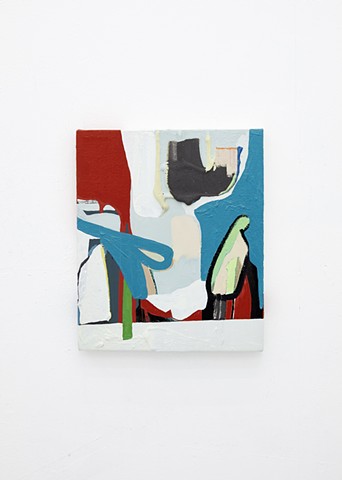 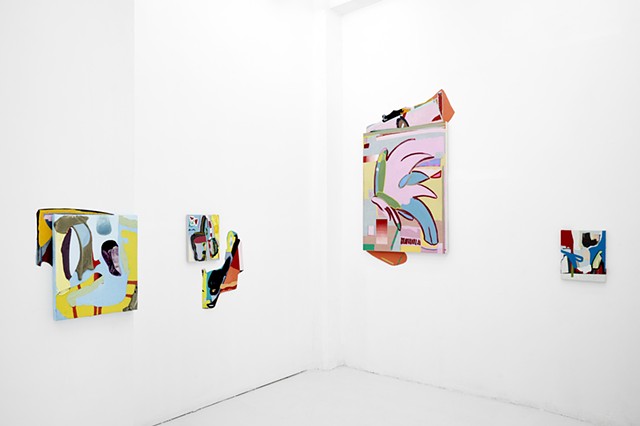 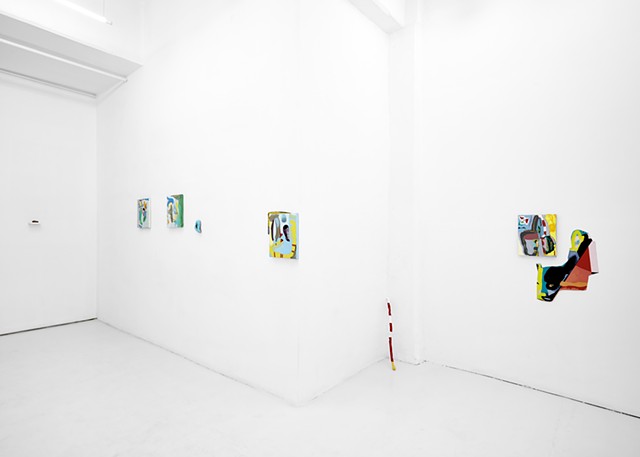 Othiana Roffiel challenges this notion of stagnation. The paintings have been given a second life, worked and reworked until they have begun to dance with one another in the space. Each brushstroke is a careful and balanced choreography of revealing and concealing, and as each painting enters the space it sets the foundation for a new, fresh conversation, an insistence of playfulness. Othiana’s experimentation means that no painting is ever completely finished, and as her brushstrokes have created a language on the canvas, she begins to cut away at that same language, offering a different translation of the very same gestures.

The works then enter the idiom of site specificity, an insistence and persistence of experimentation of language, movement, and a dialect of painting as the space both allows and permits. It is a playful act of mediation between the language of painting and the space it lives in.